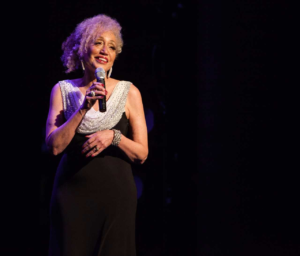 A native of Omaha, and graduate of Xavier University of New Orleans, Camille has been singing and acting in the city and surrounding region for 35 plus years.  Often described as “Omaha’s most versatile singer” she is an independent singer/songwriter and performs for many special events around the city as a guest soloist and also has her own pop/jazz band that performs for special events locally and around the state.

Her theater performance credits include starring roles in Ragtime, Evita, Funny Girl, Tarzan, Little Women and Having Our Say to name a few.  Her musical travels have taken her to Barcelona, Spain.  She has been a recipient of several awards including the Omaha Arts and Entertainment award, Theater Arts Guild and Fonda/McGuire awards.  Her guest solo appearances have included the Omaha Symphony, Jazz on the Green, the Governor’s Arts Ball as well as numerous galas’.

She was nominated as top jazz vocalist for 2015 in the city and has been inducted into the Omaha Black Musicians Hall of Fame as well as the Nebraska Musician’s Hall of Fame.  She was requested to travel to Germany to represent the city of Omaha in a music festival there.  She has released 3 cds.

Camille is married and aside from her love of jazz her first love is serving the Lord and she thanks Him continually for all the blessings in her life.