Food & Beverages served, but not included in music fee 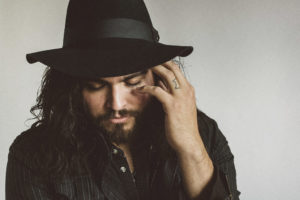 Hi, I’m Dan.  I’m a whiskey & beer drinking (and wine of course), fishing & hunting loving, motorcycle riding, quality food eating, hippie sympathizing, people loving, husband & father who lives in Minneapolis and shares a life with my amazing wife and adorable son.  I grew up in the suburbs of Detroit, MI, and moved to Minneapolis when I was 18 to study music, and I stayed because I’m one of those crazy people that enjoys the snow and cold weather.  Music is my trade & performing it for people is my passion.  When I’m not in my studio writing songs and cutting records, or on the road playing shows, I’m usually tending to our backyard chickens, eating fresh veggies from my wife’s huge garden, or out doing one of my many outdoor hobbies.

Now here are a few things about my music career that I should probably share in a music bio:

In September 2014 Budweiser released their “Friends Are Waiting“ commercial campaign featuring me singing my song When You Come Home.

The Summer of 2015 marked the release of my fourth, and most prolific and widely distributed album, Come On Home, featuring the Budweiser song When You Come Home and singles Rum River and California.

In February, 2018, I released my newest album 25 Years.  One of my favorite producers, John Fields, produced it and I couldn’t be more excited for you to hear it.

“I’ve been in this business a long time.  I recognize when somebody has something real.  Dan is a true talent, and seems to be ushering in a new wave of singer/songwriters around the Twin Cities.  I can honestly say I’m excited for the world to hear what he’s got to offer.” – Michael Bland  (Prince, Johnny Lang, Nick Jonas, & more)