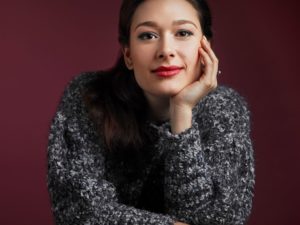 Born and raised in Los Angeles, Arianna Neikrug is a jazz/pop vocalist, songwriter, arranger, and recent Concord Jazz recording artist currently stationed in New York City. She graduated with a Bachelor of Music Degree in Studio Music and Jazz (Vocal) Performance from the Frost School of Music at the University of Miami in May of 2015. Arianna has already made her mark in the jazz world. She was the winner of the 2015 Sarah Vaughan International Jazz Vocal Competition (The “Sassy” Awards) and has shared the stage with various artists including Steve Miller, Alice Cooper, Kenny Burrell, Neil Young, Al Jarreau, Mindy Abair, James Moody, George Benson, Karrin Allyson, Gretchen Parlato, and Roseanna Vitro. She has performed at some of the hottest jazz clubs in the US, including Jazz Standard and Birdland in NYC, Catalina Jazz Club and Blue Whale in Los Angeles, SFJazz Center in San Francisco, Dazzle Jazz Club in Denver, and Spaghettini in Seal Beach. In July of 2016, Arianna traveled with her group to Montreal, Canada to perform at the International Montreal Jazz Festival alongside some of the most renowned jazz artists. Arianna also won an outstanding soloist award in the college division at the Monterey Next Generation Jazz Festival in March of 2015, where her small jazz vocal group “Extensions” took 1st place. Arianna released her debut album “Changes” on Concord Jazz on August 24, 2018, in collaboration with pianist, arranger, producer and 2010 Grammy® Winner, Laurence Hobgood. The album also features bassist Matt Clohesy and drummer Jared Schonig. 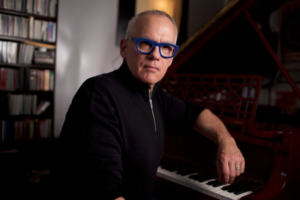 Jazz pianist, composer, arranger, producer, Yamaha® artist and Grammy® winner Lau- rence Hobgood has enjoyed a 30+year career. Highlights include: three consecutive Fel- lowships to the Aspen Music Festival (1990, ’91, ’92), being chosen as a 1995 Chicagoan of the Year in the Arts, a 2003 Deems Taylor Award given by ASCAP for the year’s out- standing music journalism, multiple Grammy® nominations and a 2010 Grammy® Award. He’s played at many of the world’s most prestigious venues including Carnegie Hall, Lincoln Center, the White House, John F. Kennedy Center for the Performing Arts, Tanglewood, Hollywood Bowl, and the Sydney Opera House.

For almost 20 years he served as pianist/arranger/collaborator/co-producer for singer Kurt Elling during which time he wrote virtually all of the material on Elling’s first ten albums, all of which received Grammy® nominations.

His 2009 CD, “When The Heart Dances”, featured duets with iconic bassist Charlie Haden.

His “Christmas” CD was chosen by both the New York Times and the Chicago Tribune as one of the best Holiday CDs of 2013.

“It’s easy to hear similarities between Laurence Hobgood’s piano and that of Brad Mehldau . . . The album is a sublime statement—perhaps the first of 2016.”

The writing embodies the signature style of composing and arranging Hobgood has be- come known for: imaginatively innovative yet fun and thoroughly accessible to audiences. He’s reunited with the celebrated, New York-based string quartet ETHEL and at the core lies the ebullient playing of his trio which features Jared Schonig on drums and Matthew Clohesy on bass.