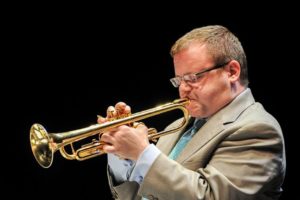 Guitarist Scott Hesse is a well-respected figure in the Chicago jazz community. Known especially for his harmonic and rhythmic inventiveness, Scott is equally at home in straight-ahead or avant garde settings. Since moving to Chicago in 2005, Scott has played at every major jazz venue in the area. He’s also been featured in several jazz festivals throughout the United States, Europe, and Canada.

As a leader, Scott has recorded four projects: Intuition (1998), The Flame Within the Fire (2000), Music Speaks (2008), and The Stillness of Motion (2015), and appears on more than fifty others as a sideman. Currently, Scott is involved in a number of groups including Dee Alexander’s Evolution Ensemble, the Geof Bradfield Quartet, and the Victor Garcia Organ Group. Scott is also preparing new music with his current group featuring Geof Bradfield on reeds, Dana Hall on drums, and Clark Sommers on bass.

In addition to performing, Scott is an avid composer and music educator. Since 2007, Scott has led the guitar program at Eastern Illinois University. In 2009, he joined the faculty at Harold Washington College in Chicago. Recently, Scott became a member of the jazz faculty at DePaul University where he teaches jazz history and applied lessons in improvisation.