We are pleased to have our partners from Marriott Hotel to provide a whole new menu of food options, see our menu page here on the website to review all the selections.

Beverage Service and Food Service  *please arrive early when doors upon if you are planning to eat so kitchen can allow enough time for your orders.

Beverage Service and Food Service only (Kitchen closes at 9:30pm, snack menu only for 9pm show)

Discount parking located on 12th St. and Capitol under Marriott Parking garage (get validation ticket at Jewell as you leave)

RICHIE LOVE and THE LOVE CONNECTION 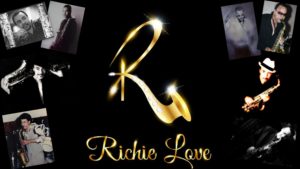 Richie plays All SAXOPHONES, Alto, Tenor, Soprano, Baritone, Flute and Most instruments. Composer, Arranger, Producer, Vocalist, Teacher and Mentor. CEO OF Saxworld Productions, since 1985. First Record Release 1987. Love’s a gifted saxophonist/vocalist and innovative virtuoso music artist. He was nurtured deep in the genre roots of “Jazz”, “Blues”, “Rhythm and Blues”, and “Funk” The youngest son of world-renowned saxophonist Preston Love, who Performed with such greats from Count Basie and Billie Holiday, to Marvin Gaye and the Jackson 5, He was Motown’s First West Coast Orchestra Leader/Contractor in the 60’s.

Richie created Saxworld Productions in Los Angeles to mentor young people in music and produce talented Artists in California through Nebraska. In 1987 Saxworld’s first Album Release. The Hit Single “Fed Up” and “Wish I Had a Dime”, in Which Love Composed, Produced, Arranged and Performed all Songs, featuring the company’s phenomenal 14 year old Compton rapper Damon Mckell aka Dizmo/Dismost. Released on Olive Branch Records the label of legendary Saxophonist Stemsy Hunter.”1993” co-Produced “The Loves of Omaha” Release with Father Preston and brother Norman, their first Family Release. Four Mentoring Grants for the Nebraska Arts Council through “1999“.  ” 2001” Richie Love Volume I CD release and was featured on a host of independent releases. “2011” the Digital Release of ” REFLECTIONS” the Hot Sexy Single. “2012”  VOLUME I “REMASTERED” the re-release of the Classic Collection, with performances by Preston Love, Buddy Miles and more, You Listen, You Love.! “2013“–“2018” Performing, teaching/mentoring and recording on the East Coast. “2019” the release of “Richie Love New Horizons” CD, which has been making waves throughout the nation. New Horizons has been the #1 Album for well over a Year on Last.Fm/BlastFM Global Radio and Streaming. Richie has been #1 Smooth Jazz Artist and Most requested there as well. “2020-21” Richie’s being inducted into the Nebraska Music Hall Of Fame. Love’s Sax Performances are featured on over 20 CD Releases, his Youtube Channels include 25 original music videos produced by R.L. and 10 Live performances. He’s Spreading the Music, Mentoring Young People for over 30 years and emerging steadily toward making his Music History with his One of A Kind Talents. Don’t Miss an Opportunity to Witness this Explosive Musician/Performer.

“2020-2021” New Horizons has been the #1 Album for 1 Year and 6 Months, on Last.FM/BlastFM Global Radio and Streaming Platform.  Love has been the #1 Artist and #1 Most requested for several months

Awards:
1985 Love established SaxWorld Productions in Los Angeles to produce and mentor young musicians, vocalists and rappers.
1993 Awarded the first of four Music Mentoring Grants from the Nebraska Arts Council.
1994 Love’s band was featured in the Award winning documentary “Street Of Dreams”.
Love has received Community Service Awards for his work with children in Los Angeles, Compton and Nebraska. 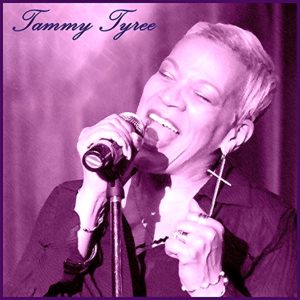 “2018” Tammy sang at the Omaha Jazz & Blues Festival. At Omaha’s John Beasley Theatre & Workshop. Tammy’s played opposite John Beasley as “The Other Women” in Death of a Salesman, as “Lady In Brown” in “For Colored Girls Who Have Considered Suicide/ When the Rainbow Is Enuf”; in “South Pacific” at the Omaha Community Playhouse as well as many other musicals, plays, choirs and band performances.

“2020-21” Producing, scripting, voicing and recording 100’s of ad’s for Waitt Radio and Cox Media. Tammy continues to travel the country with her powerful voice, leading her to newer and greater heights in the music and entertainment business…keep your eyes open for this talented lady. She’s on the Rise.