Performance by: The JD Allen Trio

AN EVENING WITH  WORLD-RENOWNED MUSICIANS 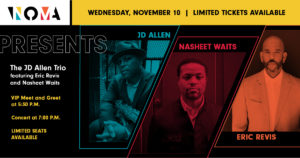 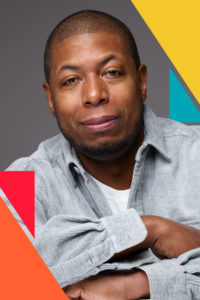 Dana Murray, executive director of North Omaha Music & Arts, presents an evening with world-renowned musicians JD Allen, Orrin Evans, Eric Revis and Nasheet Waits, as they share their talent and their vision for NOMA—a new creative academy offering equitable opportunities for the youth of our community and a destination for masterclass arts and music education from world-renowned talent. 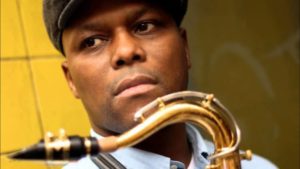 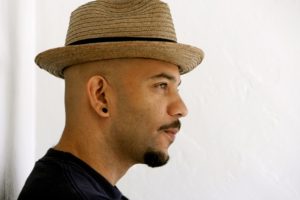 Eric Revis is a GRAMMY Award-winning bassist and composer. Along with an ongoing association with Branford Marsalis, he has collaborated with such distinctive voices as Jason Moran, Abbey Lincoln, Steve Coleman, Lionel Hampton, and McCoy Tyner. He co-founded Tarbaby, alongside Orrin Evans and Nasheet Waits, as well as Options, featuring Waits and Bennie Maupin. In 2020, Revis issued “Slipknots Through a Looking Glass,” his first release on Pyroclastic Records, which earned 4 1/2 stars from DownBeat and the number-three spot on NPR Music’s 2020 Jazz Critics Poll. 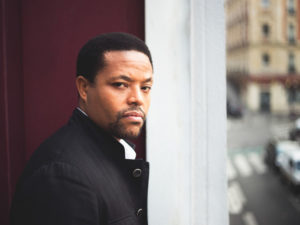