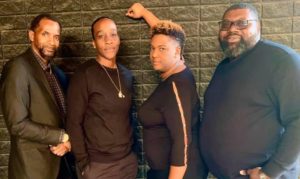 We are pleased to have our partners from the Marriott Hotel introduce a new menu of food options, see our menu page here on the website to review all the selections.

**All orders must be placed by 9:30pm when kitchen closes 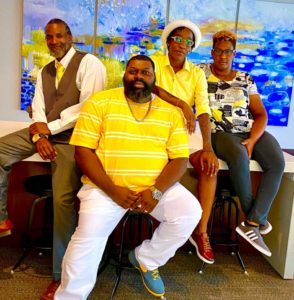 Enjoli & Timeless is a live band and recording artists from Omaha, Nebraska.  Humbly labeled by her fans as “The Voice of the City”, Enjoli and her sultry vocals quickly rose to recognition after the release of her debut album called Set the Mood in 2013. After releasing her hit single Thinking, in 2017 Enjoli formed her R&B/Soul band, Timeless. Since its launch, Enjoli & Timeless has opened for artists like Pleasure P, Juvenile, Angela Winebush, CeCe Peniston, Keith Sweat, Donnell Jones, Lyfe Jennings, Grammy Award Winner, Lecrae and toured with the legendary rap artist, Twista. Enjoli & Timeless has performed in multiple venues throughout Omaha for live events, private occasions, concerts and festivals. This award winning ensemble dropped their first recorded single called #iWish in March 2019, and released their first album entitled All of The Above that following year. During the 2020 Presidential Election, Enjoli & Timeless had the prestigious honor of performing live at the Biden Harris Campaign for the historic District 2 of Nebraska.
All recorded works can be found on all digital media platforms like iTunes, Spotify, Apple Music and YouTube; which includes their music videos for Butterflies, Rather Be With You and iWish.