Beverage  Service only (kitchen is closed NO food service) 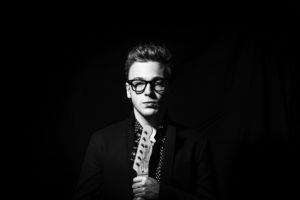 Southern born and Northern raised, Dylan Doyle, with his gritty guitar playing, poetic songwriting and powerful stage presence, has been reaching a growing national and international audience for almost a decade. Touring nationally since age 15, Dylan quickly became a seasoned professional and has continued to consistently prove himself a consummate artist among musicians and listeners alike.

With his songwriting, storytelling, and poignant guitar work, Dylan effortlessly leads audiences on an emotional journey into his plights and plunders as a young man with nomadic tendencies. Dylan consistently packs houses around the United States and Europe.

He has played with such notable musicians Rob Stoner (Bob Dylan, Don Mclean), John Platania (Van Morrison, Natalie Merchant), Ben Cauley (Otis Redding) and Bill Payne (Little Feat).  Stoner called Dylan one of the most prodigious players he has known with abundant natural talent.  John Platania has referred to Dylan as “The Future.”  Ben Cauley, after playing with Dylan in Memphis said, “Dylan Doyle sounds like a young Jimi Hendrix.”  In the words of Bill Payne upon sharing the stage, “Music is a conversation.  Dylan spoke beautifully and was listening to the musicians around him.  His play was imaginative and original.”