Food and Beverages will be served from 5pm – 8:00pm 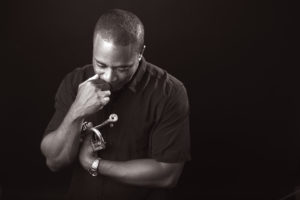 Darryl White’s performance experiences include a wide range of idioms. He has appeared as guest soloist with the Omaha Symphony, Lincoln Symphony, Colorado Symphony, Mesa Chamber Orchestra, Grand Junction Symphony, Lake Forest Chamber Orchestra and many other solo appearances across the nation. He has also appeared as guest soloist for several international festivals including the International Brass Conference in Winnipeg, Manitoba, Montreux Jazz Festival, the International Women’s Brass Conference, the International Trumpet Guild Conference, the Brandon Jazz Festival, the New Mexico Jazz Festival, Monterey Jazz Festival and Roaring Fork Jazz Festival in Aspen, Colorado as well as with college jazz bands and high schools across the continent. He can be heard on several recordings including performances with the Denver Brass, “Rhapsody in Red, White & Blue” on Centaur Records, 1997; and “America, The Golden Dream” on Delos International, 1996. He can also be heard on the Capri Record Label with jazz tenor saxophonist Keith Oxman on a 1997 release entitled “Out on a Whim and a 1999 release entitled “Hard Times”. White currently has three solo recordings released. The first is a 1999 release entitled, “Ancient Memories,” and a 2002 release entitled “In the Fullness of Time”. The 2002 release features several original compositions including “Lil I” featured on the PBS special “New Beginnings”. Lastly, White released his first classical recording, “Resonance” (2007) which features ECM recording artist/pianist Art Lande.. 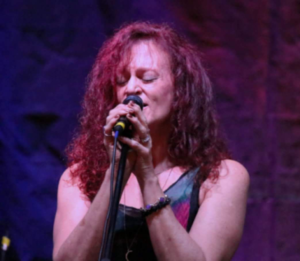 Terri Jo has been singing professionally since her childhood in Nebraska.  She released her first record(with her two sisters) when she was just 14 years old. Her first solo CD, “Legend of Strawberry Moon” was recorded in1996 and her second release of original songs, “Stories Around Me” was produced on the Tremulant Records label in 1999. (www.tremulantrecords.com)

Terri Jo was nominated for local folk artist of the yearin 1998, 1999, 2000 & 2004 by KZUM public radio in Lincoln, Nebraska.  She has been asongwriting competition winner and has had her music featured on radio programs across the country and in Canada.  Terri Jo has been a guest on the national radio programs, River City Folk and Woodsongs Old -Time Radio Hour as well as many local folk & jazz radio programs.  Terri Jo’s song, Six Little Angels, was chosen to be included on a special holiday program produced for National Public Radio stations across the country and hosted by legend, Judy Collins. Terri Jo’s song, While I Drive, has also been heard on the popular NPR show, Car Talk.  She has been invited to sing in concert with the legendary performers; Peggy Seeger, Christine Levin, Louise Taylor, & Dr. John Walker.

In addition to the all women a capella group, Baby Needs Shoes, and her solo songwriting work, Terri Jo also performs as a jazz vocalist, having recorded with the Nebraska group, Jazz Factory; Denver’s Mile High Jazz Trio; and nationally recognized jazz pianist, Jeff Jenkins.   She was the featured vocalist at the Jazz en Vercor festival in France in 2009, 2010, & 2011, performs with the 9 member Colorado based jazz band, Park Hill Brass & the jazz vocal band, “Quirktett”. www.quirktett.com

Terri Jo currently performs as a jazz & blues vocalist.   She also owns and operates a private lesson music studio in Denver where she teaches piano, guitar, flute & voice lessons. She is also the executive director of the SongBird Vocal Jazz Fest held each November in Colorado. www.songbirdjazzfest.com