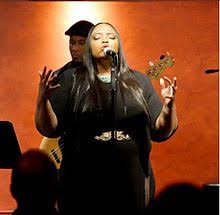 Dara Tucker’s 5th studio album, The Seven Colors, contains a colorful mix of the 7 genres that make up her musical mosaic – jazz, blues, gospel, Americana, musical theater, singer- songwriter and soul. It features noted guitarist, Charlie Hunter, who also produced the album. Since releasing her debut album in 2009, the Nashville singer has performed with Vince Gill, opened for Gregory Porter, appeared on The Tavis Smiley Show, toured the country as a member of The Charlie Hunter Trio, and co-wrote/sang on the title track of acclaimed blues guitarist, Keb’ Mo’s new album, “Oklahoma”.
Dara has also won the silver medal, the Ben Tucker Jazz Award and the Johnny Mercer Prize in the prestigious, American Traditions Competition.
Tucker is making her mark in the world of creative, exploratory music with a blend of jazz, soul, Americana and traditional pop that is uniquely her own. Dara was named a finalist in the Mid-Atlantic Jazz Vocal Competition and won 4 “Nashville Independent Music Awards” for Best Jazz Vocalist (two-time winner), Best Jazz Album, and Song of the Year (“Radio”). She has performed at the San Jose Jazz Festival, The Tennessee Performing Arts Center, The Schermerhorn Symphony Center, The Blue Note in NYC, Snug Harbor in New Orleans, The Hamilton in DC & many other venues throughout the country.
In recent years, Dara has performed with such luminaries as Peter Bernstein, Dr. Lonnie Smith, Charlie Hunter and Helen Sung. Dara Tucker is poised to establish herself as one of the fresh, contemporary voices that will help to seamlessly move one of music’s greatest traditions into the 21st century.