Food & Beverages served but not included in music fee 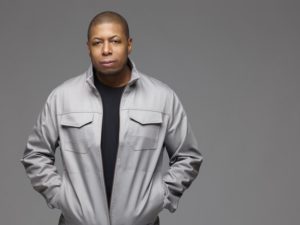 Today, my focus is on MAKING music and collaborating with other artists to create unique sounds.

“…a difficult, often rewarding collection that plays out something like an electroacoustic opera, using trenchant words and queasy sounds to diagnose the ills of a contemporary racial dystopia, and to outline its historical precedents…It was not comfortable music, but it got under your heart, and lifted up.”  – Giovanni Russonello, The New York Times

“…a seething blend of jazz, hip-hop, and industrial that sounds like nothing else out there…This is a harsh record that offers a powerful critique of our world, but it’ll make you nod your head from beginning to end.” – Phil Freeman, Stereogum

“What Murray offers here is more than a narrative, a testimonial or a hopeful hymn. Musically engaging, it is a thoughtful, profound and poignant call for engaged discourse, with an underlying message of hope and love.” – Sharonne Cohen, Okayplayer

“…a demanding listen that has its rewards. Kudos to Murray for an ambitious effort.” – Jim Hynes, Glide Magazine

“US drummer and producer Dana Murray’s album Negro Manifesto places him in the vanguard of a wave of artists getting under the skin of contemporary America.” – AJ Dehany, LondonJazz

“Dana Murray’s “The System” is harsh and eye-opening. It is much a social commentary as it is art or music, and it is very, very interesting. And not to mention, very brave.” – Shane Hoyle, Indie Band Guru