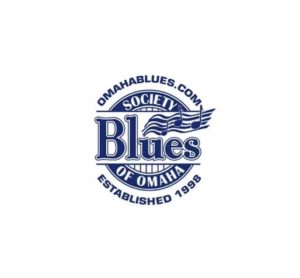 DUSTIN ARBUCKLE AND THE DAMNATIONS 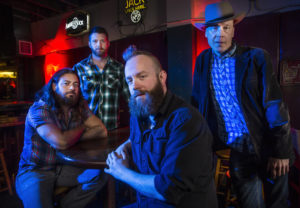 Dustin Arbuckle and The Damnations are not a band you can easily associate with one specific genre, and that’s how they planned it. Arbuckle, a veteran of the progressive roots music scene whose singing and harmonica playing first came into prominence in Moreland & Arbuckle, has been kicking up fresh dust with The Damnations since 2017. A musician of vast appetites, he’s long held an appreciation for traditional American music in the vein of Charley Patton as well as the cross-pollinated sounds of The Band or Stax-style soul. The diverse musical sensibilities of The Damnations (Brandon Hudspeth on guitar, Caleb Drummond or Mark Foley on bass, and Kendall Newby on Drums) allow for all of that along with occasional forays into deep country and even jazz. “When we started playing together we all wanted the band to be a space where we could play anything we wanted to,” Arbuckle notes, “and that’s created this cross-genre electric Americana vibe.”

“This band was Dustin’s idea,” comments Foley, “and we had to put it together fast because there were already shows lined up. He just shotgunned and called some of the best musicins he knew, and it turned into this army of generals! We all kind of knew this band was something special between us pretty much from the first time we played together. We had only three rehearsals before our first show, and they felt really good. And now, every time we play there’s always something new. Because Brandon and Dustin are so deeply schooled in roots music, and have a wide range of tastes, we’ve got this musical vocabulary we can draw on. Its kind of how jazz musicians talk, like ‘lets do a Miles Davis vibe on this.”

Multiple rounds of touring across North America and Europe, along with two self-released EPs, have made the band tighter and tighter and helped to lay the groundwork for their first full-length album, My Getaway (released September 2020). The record spans a range of styles and moods from a Hill Country stomp through cranked up Fender Twins to Nick Cave riffing on Led Zeppelin III or the Laurel Canyon sound filtered through a southern swamp.

“This is definitely a collaborative band,” Hudspeth offers. “A lot of the songs are built on us all throwing ideas around and adding our own layers in. There’s also parts where we stretch, where we explore this weird free-form thing; we’re just kinda playing off each other and it builds up to a point and then goes back into the song so it helps propel everything.”

“One of the biggest compliments we tend to get from people,” Arbuckle adds, “be it other musicians or promoters or fans is that our style is truly Americana, because we bring together so many different aspects of American music to make something unique. With this band, and this record in particular, we’re really trying to paint a big canvas. We’ve each brought our own distinct and different influences to the table, and because of the way we’ve used that to cultivate our sound, this record really reinforces what the driving idea behind the band has been since we started. It all comes together in a really cohesive way and feels like us.” 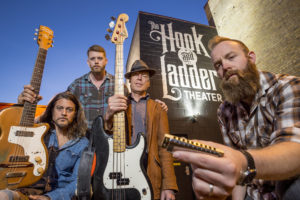