BLUE HOUSE WITH RENT TO OWN HORNS 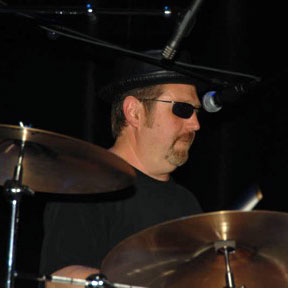 Joe is the drummer, lead singer and founding member of Blue House.

The idea of Blue House came about over some drinks with my friend Joel Bute, who was Blue House’s first bass player. We asked Jon Novak to join and he brought along John Wolcott to form the original line up for Blue House. Joel came up with the name, and although I never intended to sing, I ended up singing most of the songs.

Eventually, some horn players started showing up consistently at a weekly jam, and Jon started writing charts. The charts brought in some of the best players in the region, and the Rent to Own Horns were formed.

Other than the many national acts with whom Blue House has had the opportunity to share the stage, I have been lucky enough to have played with the late great Dizzy Gellespie, Joe Bonamassa, the late great Son Seals and Mato Nanji of Indigenous.

Blue House is more than a just musical adventure for me, it’s family and friends.
That includes not just the members of the band, but the multitudes of fans we have come to know over the years. 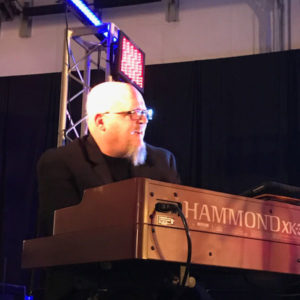 My professional music career began at the age of 16 with a 3-piece band formed by myself and two of my brothers. We were quite versatile if not actually good: Pop music, Polkas, Waltzes – you get the idea. After high school I attended North Texas State University in Denton, Texas, and almost graduated before dropping out to join a band – Treasure Island – in Dallas.

In the late 1980’s I returned to Omaha and played with a number of local bands: Shades and Danger, Rock City, Flair, Fishheads, Mighty Jailbreakers and others. I joined Blue House in 2016 and have enjoyed doing my favorite thing ever since: playing a Hammond B3 organ in a blues band! 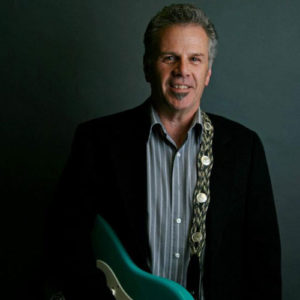 As the newest member of Blue House I am excited to be a part of group that has a rich legacy of music performance in the midwest. I took up the guitar at 14 and immediately started singing and playing in bands covering rock hits.

As I studied the guitar deeper I was influenced by Jimi Hendrix, George Benson and Stevie Ray Vaughn. I have been on the Omaha music scene for many years and performed with Deja Voodoo, The Pounders, and Shurthing most recently. Last year in 2013, my corporate band, The Telematics, entered in Fortune Magazine’s Battle of the Corporate Bands and performed at the Rock & Roll Hall of Fame for the finals.

Music will always be a big part of my life and performing with Blue House is pure joy. 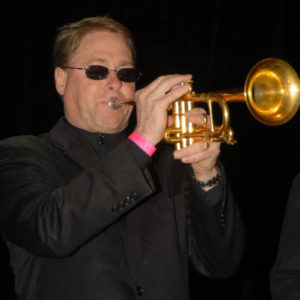 Born in Des Moines, Iowa and moved to Omaha, Joel received a BA in music education in 1977 and received a MS in Audiology in 1984 and Doctoral Degree Au.D. from ATSU in Phoenix Arizona 2010. Joel is currently an audiologist for Boys Town National Research Hospital West Hospital and serves as a coordinator. Joel taught hearing science and was an adjunct professor a UNO Department of Communicative Disorders and taught 10 years.

Joel has also performed with Ray Charles, Temptations, Four Tops, The Mighty Sam McClain, Johnny Mathis, Omaha Symphony Pops Orchestra and has played trumpet on many Broadway shows coming through the Omaha Metro that include Grease, Cinderella, Annie, Sound of Music, Damn Yankees, Crazy For You, Dream Girls (Dianna Ross Story), How to Succeed in Business Without Really Trying, Fiddler on the Roof, Spamalot to mention a few. Also listed to his credit is the longest running locally-produced professional show called Bee Hive, music review of the 50’s and 60’s rock era.

Joel has been a member of Blue House with the Rent-to-Own Horns for over 20 years. Blue House is a blues band that mixes a twist of blues with powerful 3 part horn lines and interludes that separate us from other local and national blues bands. Blues house was on my radar before I was asked to join the band. The term rent to own horn section was not a mistake. The horn parts were original charted by our original guitar player, Jon Novak. The parts were fairly intricate and interesting to play. Many trumpet players wanted to play in the band because of the well orchestrated charts. It is the tension or ying and yang between the horn section and rhythm section that set us apart from many other groups. It is great to be a “Rent to Own Horn” section player. 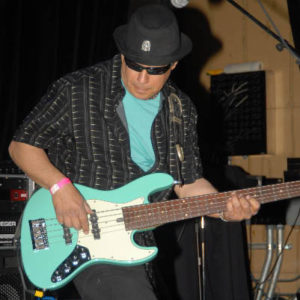 Mike Gallegos has been the bass player for Blue House since 2000. Mike Sapphire Gallegos Esquire as most of know him, is the glue that holds the band together. He previously spent a lot of time with group The Confidentials. 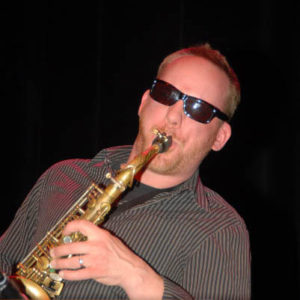 Stan (Noodles) first appeared at a gig at the old Arena club in the late 90’s. Stan, the artist formerly known as Kitonak Droopy McCool credits his previous gig with Max Rebo Band (formerly Evar Orbus and His Galactic Jizz-Wailers) as early training leading to his gig with Blue House. His vocals and sax playing had a “spacey blues” quality that helped round out the Rent to Own Horns and the Blue House sound.
Curiously, there was no record of Stan’s existence prior to joining Blue House. Immigration issues and questions about his “alien” status ensued and temporarily derailed his career until he could produce a birth certificate that cited Uranus as his place of origin.

“He’s out of this world” – “Rolling Stone Magazine”
“A musical spirit not of this earth” – “Downbeat”
“Cosmic, simply cosmic” – “Billboard”

Stan has played saxophone and taught music in the Omaha metro for over 25 years. He received his Bachelors degree in music education in 1996 from UNO. Currently he teaches from his private studio as well as vocal music for the Omaha Public Schools.
As a musician, Stan is currently a member of Bluehouse with the Rent to Own Horns, and the Omaha Big Band. He and his wife Rene’, a vocalist, have a small acoustic group-Harper and Stan also leads The Little Harper Big Band. He has shared the stage with Connor Oberst of Bright Eyes, Steve Allen, Lou Rawls, The Supremes, The Temptations, The Four Tops, The Jim Widner Big Band, the Nebraska Jazz Orchestra, Luigi Waites, Bob Mintzer, Dave Pietro, Chip McNeal, Kim Richmond, Dave Scott, Tom Kubis, Scott Whitfield, Claudio Roditi, Wayne Bergeron, Steve Raybine and others. Also keeping a busy freelance schedule, he has recently played for shows, Beehive, Nunsense, Fame, and “grew up” touring with the Broadway show “Anything Goes”.

Most importantly!! Stan is a proud papa to two amazing, beautiful girls, and a one hip little grandson. 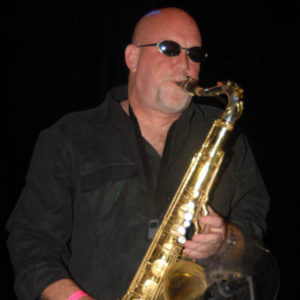 All I ever wanted to do was play in Buddy Rich’s band. That never happened but back in 91 or 92 I got called to play with a horn band called Blue House at a blues festival at the old Jones Street Brewery. We opened for Luther Allison, played our set and then the heavens opened, flooding everything in a complete downpour. Besides getting soaked, I remember good charts and an infectious groove that left me wanting more. Even though Joe P. isn’t Buddy Rich (he’s dead), I’m grateful to have enjoyed Blue House as my musical family for 20+ years.

Early years were spent playing bassoon, clarinet, and saxophone in high school in New Jersey and Indiana. Music school followed with degrees in bassoon performance from DePauw University and University of Nebraska-Lincoln. In between there was a year at North Texas State studying saxophone and playing in the lab bands. Currently I teach middle school band and orchestra in Lincoln.