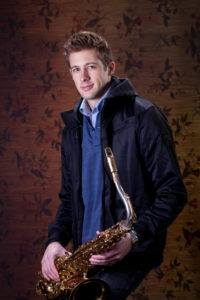 Dr. Nichols is currently the Assistant Professor of Saxophone at the University of Nebraska at Omaha, where he runs the saxophone studio (classical and jazz), directs saxophone quartets, runs a jazz combo, and teaches courses on improvisation, commercial music theory, and woodwind methods. He also taught as a faculty member at the University of Illinois – Springfield, where he was the jazz ensemble director, and at Lincoln College, where he taught saxophone, clarinet, music theory and music appreciation courses.

Ben is the founder and director of the Crossover Saxophone Quartet. He was a featured soloist with this group as they world premiered his original arrangement of “Just Friends” at the North American Saxophone Alliance (N.A.S.A.) Conference in 2020. Ben was also a featured lecturer at the 2019 N.A.S.A. Conference, presenting research on contemporary intervallic compositional/arranging methods. Ben was also selected to perform and present at the March 2021 N.A.S.A. Conference. In January of 2021 Ben presented research at the Jazz Education Network Conference.

Ben is featured on three albums with the internationally acclaimed jazz ensemble, Synthesis. In 2013 Nichols was a featured soloist on the band’s album The Day After Yesterday that was later submitted to DownBeat Magazine. Synthesis was then named the Top Large Jazz Ensemble in the nation by DownBeat Magazine. Ben performed/recorded flute, alto flute, clarinet, and saxophone on The Day After Yesterday.

Ben was named Outstanding Saxophone Soloist at the Lionel Hampton Jazz Festival in 2011. He was a member of the Ryan Innes Band, which won by popular vote the $10,000 grand prize at the Stadium of Fire in 2012 and opened for the Beach Boys.

Ben started playing piano at age eight, picked up the bass clarinet at age 12, the clarinet at age 13, saxophone at 14, and the flute at age 16. As a young teenager he played with the Crescent Super Band, a band named by DownBeat Magazine as the best high school big band in the country.  He was a featured solo artist on the band’s album, It Had to Be You.

Ben has performed classical repertoire on flute, clarinet, and saxophone, including various Bach Flute Sonatas, the Weber Clarinet Concerto, the Glazunov Saxophone Concerto, and many others. He has also performed flute, clarinet, saxophone and penny whistle in various musical productions, including Crazy For You and Ain’t Misbehavin’. He was recently selected to perform Jacques Ibert’s Concertino Da Camera at the 2021 N.A.S.A. conference.

After being awarded an NEC Jazz merit award and NEC Jazz scholarship to pursue a Masters of Music degree at the New England Conservatory of Music in Boston, Ben had the opportunity to study privately and extensively with jazz legends Jerry Bergonzi, Donny McCaslin, Miguel Zenon, and Jason Moran. While finishing his master’s degree Ben worked as a Teaching Assistant to Jerry Bergonzi, Ken Schaphorst, and other members of the Jazz faculty at NEC. While in Boston, he also taught woodwind courses at Milton High school, teaching middle and high school students flute, clarinet, and saxophone. In 2016 Ben was the winner of the Cooke Fellowship to pursue a Doctor of Musical Arts Degree at the University of Illinois at Urbana-Champaign (UIUC). While getting his D.M.A., Ben studied arranging with the Grammy-winning arranger, Chip McNeill, and classical saxophone with world renowned performer and pedagogue, Debra Richtmeyer. Ben was also selected to be a Teaching Assistant at UIUC, teaching saxophone, clarinet, and flute. In 2020 Ben completed his doctorate with a perfect 4.0/4.0 GPA. 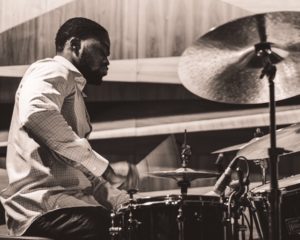 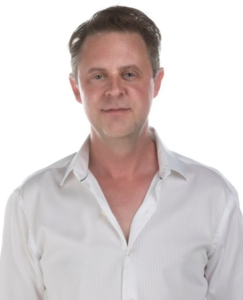