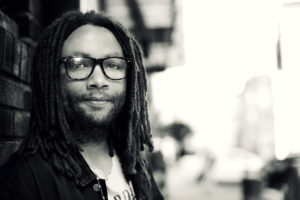 Since relocating to Omaha, Nebraska from New York City in 2015, he’s been a fixture at ARC studios recording on many of the projects Mike Mogis has produced in the last three years including Justin Townes Earl, Joseph, Anthony D’Amato, and Saint Seneca. In 2018, Miwi produced two records for Omaha artists Dirt House and Stathi, and co-produced his 4thstudio album with Conor Oberst. He is also a member of Omaha’s Dolores Diaz and the Standby Club with members of Cursive, Bright Eyes, McCarthy Trenching, and The Good Life.

Miwi has toured his records across the US and Europe/UK with stops at The Fillmore, Bootleg Theater, Thalia Hall, The Bowery Ballroom, and countless theaters, clubs, and pubs across the pond. He has supported Conor Oberst, The Good Life, The Felice Brothers, Larkin Poe, Joseph, and Phoebe Bridgers. With this, his fourth album TIPS, he plans on more of the same. The studio and the road have always been his dear friends.

His music has also been featured in two films: The One I Love (2014), and the music documentary I Can Hear You Calling (2013) that features eight NYC bands fronted by members of Steely Dan, TV On The Radio, Antibalas, Arcade Fire and Sufjan Stevens, of which Miwi was a member of six. He has also been featured on NPR’s Soundcheck and Tiny Desk, WXPN’s Folkadelphia, and Breakthru Radio in NYC.

Miwi was recently featured in an in-depth interview/concert review in the Omaha Magazine. “As soon as Miwi La Lupa’s melodies hit ears, listeners succumb to the indie-folk dynamo. Seduced by his poignant lyrics, the roar of bar chatter fell silent during a recent Slowdown performance. There he stood: tall, brilliant, and gently strumming his guitar.”