NOTE: THE AMANDA DEBOER BARTLETT CONCERT HAS BEEN RESCHEDULED TO AUGUST 3, 2022 (for personal reasons), ALL TICKET HOLDERS FOR TONIGHT CAN USE YOUR TICKETS FOR AUGUST 3RD.  IF YOU CAN’T MAKE THIS SHOW, PLEASE EMAIL BRIAN@JEWELLOAMAHA.COM AND YOU CAN USE THE TICKET AS CREDIT FOR ANY OTHER FUTURE SHOW.  THANK YOU FOR YOUR UNDERSTANDING. 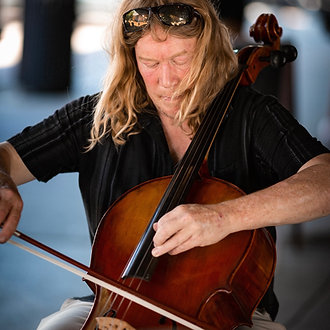 David Downing, a classically trained cellist, studied at the Interlochen Arts Academy, the Harid Conservatory of Music and the Cleveland Institute of Music. After extensive studies, David walked away from the classical orchestra world – and the cello. Thanks to loving and supportive family, and friends, and his passion for creating music,

Downing’s work spans a number of styles from world, to folk,  bluegrass, and hip-hop. As a recording artist, David has worked with Nas, Little Brazil, Flowers Forever, as well as Omaha-based Americana band, Ragged Company, recording several albums. David’s work has also been featured on NET’s The Nature of Stories, and in several other film productions.

His depth of classical experience ranges from regular solo appearances to orchestral and chamber performances throughout the United States. His self-titled CD has won critical acclaim for his ability to use space and near-silence to his advantage” and his creation of “a colorful universe” – www.Beachsloth.com.

David’s recordings, UNPAVED ROAD and CELLO REMASTERED are available for purchase on all major platforms. 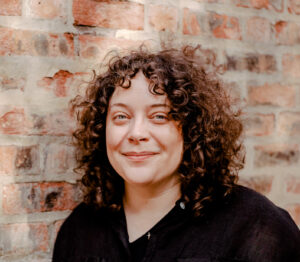 Em Spel is the solo project of Chicago-based songwriter and multi-instrumentalist Emma Hospelhorn. Her debut album, The Carillon Towers, folds myriad textures into songs that feel alternately lush, spiky, delicate, abstract, and grounded, yet simultaneously unified and cohesive. With one foot in pop music and the other in avant-garde classical music, the album is a subtle take on chamber folk: the lush instrumentation is layered into these compositions in such a natural way that listeners aren’t totally confronted by it until a flute or violin line or a delicate electronic texture cuts through and the track is suddenly presented in a new light.

As a performer, Hospelhorn is an exceptionally fluid force in the thriving Chicago music scene. She is a flutist in avant-classical group Ensemble Dal Niente, and her discography includes work on flutes, bass guitar, and keyboards for a wide range of artists working in a diverse array of genres including folk, drone, garage rock, post-punk, and classical. In this solo endeavor, she fuses all of these influences with story-driven lyrics to create invitingly strange folk vignettes.