$5.00 credit towards bill for College Students, must show student I.D. when you arrive 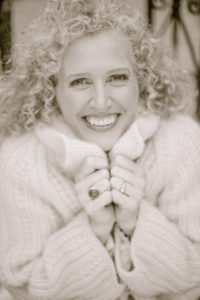 Jackie’s extraordinary talent has taken her on tours of Europe, Africa, South America and Asia. Nationally she has toured both coasts and in-between, appearing in Los Angeles (Catalina’s), San Francisco (Yoshi’s), San Diego (Humphrey’s), and in New York at the Josef Papp Public Theater). Regionally she was featured with the Chicago Jazz Philharmonic in Chicago’s Millennium Park and Auditorium Theater for an Ella Fitzgerald Celebration. She has performed international music festivals in Detroit, Chicago, The Hague, Stuttgart, Edinburgh, Bologna, Beijing, Hong Kong, Thessaloniki, and SaoPaulo.

Locally, Jackie was the 2018 recipient of Lincoln’s Mayor’s Arts Award, receiving the Artistic Achievement Performing Award and was featured on A Prairie Home Companion where she gave Garrison Keillor a “voice lesson”.

“This is four-hundred-dollar-a-bottle jazz – no cheap imitation.” – Rolling Stone Born in Milwaukee, WI, Jackie grew up surrounded by music with her father playing Dixieland jazz tuba. She attended U.W. Madison studying Voice and Jazz. In Chicago she began her recording career for Blue Note Records and others, recording 12 critically acclaimed CDs, most notably: Santa Baby, The Men In My Life, Love Is Blue, Tangled, Starry Night with orchestra, My Favorite Color (USAToday’s Top 10 List). Her 2017 Rose Fingered Dawnis a collection of original songs by her bassist and husband, Hans Sturm. She released a live concert DVD and CD in 2019 entitled “A Romantic Evening with Jackie Allen” featuring tenor sax legend Bob Sheppard. A voice/bass duo album, Early Bird, was recorded in Paris, to be released in 2020.

Jackie has served on the Board of Governors and Jazz Nominating Committee for the Recording Academy, “Grammy Awards” and has recorded with numerous Grammy winning artists and producers. She created and instructs the adult primer course, Torch Singer 101 and teaches Vocal Improvisation and Songwriting at Doane University in Crete. Jackie lives in Lincoln with her husband Hans Sturm and son, Wolfgang.

“Allen’s greatest strength is her sheer musicality and the way in which she both frames and interprets her songs.” -Los Angeles Times