PLEASE NOTE: THIS SHOW IS SOLD OUT

Once described as “the future of music” by Alan Gorrie (Average White Band), critics argue that The 9s are “out of touch”. But was there ever a time that was ripe for a hybrid of 70’s jazz rock, 80’s funk, soaring stadium rock with a healthy dose of wink-and-a-nod thrown in? Maybe not. But for the four members of The 9s, now is as good a time as any to restate their commitment.
Since their inception, The 9s have shared the stage with The Average White Band, Parliament/Funkadelic, Maceo Parker, Sonja Dada, Ziggy Marley, and Bela Fleck. 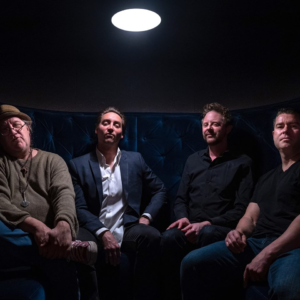