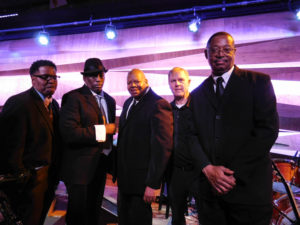 Edward Archibald is a Jazz saxophonist with over 30 years of experience. His musical roots are a mixed bag of Jazz, Rhythm and Blues, Country and Classical music, which gives his sound a truly unique flavor. His deep passion and appreciation for music is uniquely expressed in his playing style.  Edward writes, produces, arranges and performs all his own music, as well as performing covers from many great artists, both past and present.  Edward has had the privilege of playing alongside Chaka Khan and as the solo opening act for Kem in 2009.   He has also performed on the same stage as Marcus Johnson, Everett Harp, and Walter Beasley and had the prestigious honor to be the opening act for the legendary Al Green and Johnathan Butler.  He’s appeared on the local television talent show “Jazz One” and several times at the Omaha Jazz and R&B festival.  He has also been highlighted by Omaha Magazine and opened for the LOVAM Festival in Midtown.
SPECIAL GUEST