A fine, blustery Nebraska afternoon gave into a great Saturday night at the Jewell, with two great sets of music by the Troy Roberts Organ Trio, with Roberts primarily playing tenor saxophone, Mitch Towne on Hammond organ and Marty Morrison on drums.

The band took to the stage and opened with an Art Lund show tune “My Girl is Just Enough Woman For Me”. A warm crowd greeted the trio, and the night was made livelier by banter between the band members and the audience. The second number “Trams” features on two of Roberts’ albums, and was permeated by a catchy bassline groove. The organ’s range of tone allows the three to cover a lot of ground in terms of tone and vibe, and together with the drums provides a launchpad for Roberts to really take off. Morrison played with a larger setup with a variety of cymbals and toms that allowed for much percussive punctuation.

Roberts’ thoughtful songwriting and broad knowledge of music, theater and the arts was apparent in his song titles, choices and approach to performing. Their third number was an original tune, a tale about a hypothetical serial alcoholic entitled “Jack the Sipper” included solos by both Roberts and Mitch Towne, harmonized melody lines and much modal exploration on the saxophone.

Their fourth tune “A Waltz for Parting Days” took a different rhythmic direction, and saw Morrison shine further on drums.

In another moment of audience discussion, he inquired as to whether any musicians were present, and whether they were familiar with the concept of a “contrafact composition”, or a song consisting of a new melody performed over an old jazz standard- in this case, the song “It’s Alright With Me” reworked into Roberts’ version- “Sly Old Dog”. A drums-and-percussion intro was topped with both organ and sax jumping in on some blistering staccato melody lines and a fever pitch. Expressive sax and drum solos emphasized the different approach and demeanor of the individuals on stage, from Roberts’ ever present smile to Towne’s chattering the notes throughout his playing to Morrison’s determined, straight-faced concentration.

Their sixth number was noted by Roberts as a favorite of his father. The ballad entitled “Little Man, You’ve Had a Busy Day” composed by Hoffman, Wayne and Sigler gained fame through performances by Sarah Vaughn, Bing Crosby and Perry Como and was featured in the film Music Man. Eric Clapton also recently included a version on his 2016 album “I Still Do”.

As one of a number of treats for the audience, Roberts took a turn on the Jewell’s upright bass, with Towne shifting over to the piano. Roberts indicated that the audience was “really getting to know me tonight” and showed yet another sign of his musical prowess and ease on stage. A delightful upright solo and dizzying piano lines brought new tones and textures into the set, with Morrison providing a glue to hold the whole operation together throughout.

The conversation with the audience helped bring context and empathy to the set, cementing a bond with the audience and further elevating the performance. Roberts introduced the last tune saying prophetically “Live music is all we’ve got left”. In an effort to give a bit back to the audience in exchange for their appreciation throughout the set, they signed off with a take on the Carpenters song “Close to You”. Roberts graciously signed albums and spoke to enthusiastic guests following the closed out then prepared for a frenetic second set.

From Perth, Australia and based in New York, Roberts attended the West Australian Academy for Performing Arts before moving stateside, and he regularly plays nationally and internationally and gained considerable attention for his performances with Joey DeFrancesco. His upcoming calendar of shows includes dates with David Gibson, James Morrison, Kurt Elling and Le Bouef Brothers. Mitch Towne is an Omaha native and regular feature on the Jewell stage as well as around the midwest. Marty Morrison hails from Edwardsville, Illinois where he teaches and performs. 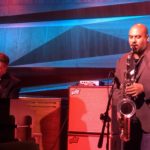 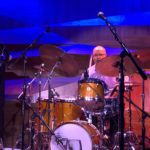 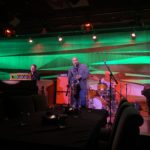 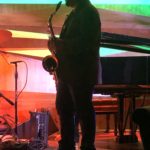 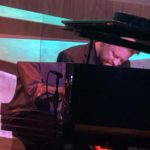 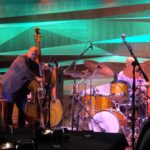