Marking the first anniversary of the opening of the Jewell, Thursday’s show was an action-packed night featuring a star-studded cast performing in a dizzying range of styles and genres. Brian McKenna, the Jewell’s CEO and Artistic Director, sought to celebrate the incredible local and regional talent that has shared the stage throughout the year, as well as local community members who have supported the club with their patronage. Regular features on the stage, Andrew Bailie, Mitch Towne, Jacob Sorenson and David Hawkins acted as the house band, opening and closing the show and providing a solid foundation for many of the artists throughout the night.

Doing justice to the more than 35 artists who crossed the stage throughout the night and the musical moments is a difficult task. The following are a handful of the highlights.

As showtime approached, McKenna greeted a packed house with a sincere welcome and a heartfelt thank you and acknowledgment of the collective accomplishments of those present in this unique, beautiful space, a theme that would be repeated throughout the night by nearly every artist who neared the microphone. The initial numbers gave Bailie a chance to introduce the unfamiliar to his soulful lyricism and the full sound that the house band brought to the table. Horn players Shaun Bell, Andrew Janak and Luke Annis joined in to cover Larry Young’s song “If.”

Josh Hoyer, well-known for both his great band Soul Colossal and his recent appearances on “The Voice,” performed his tune “Parts of a Man.” Seeing Hoyer perform with Towne was a special treat, bringing these excellent piano players together on stage with Hoyer on the Steinway and Towne on organ and electric piano. Hoyer’s energy was palpable as he jumped up from the piano to share his voice with the attentive crowd.

Darrel White and Jorge Nila took to the stage to perform “Let’s Eat,” another dynamic arrangement that gave White’s trumpet and Nila’s tenor a chance to blow through the room.

Pete Madsen and Darren Pettit performed “Recorda Me,” another jazzy number, with Madsen on trumpet and Pettit on tenor saxophone.

Both professors of music at UNO, they took a moment to thank the Jewell team for providing a unique opportunity for young aspiring musicians to see such remarkable talent and even perform on stage in a number of open jam sessions that occurred throughout 2019.

“Recorda Me” is a Joe Henderson song, and Towne told the audience prior to the dive-in that “no matter who you are, you’re not listening to enough Joe Henderson.” That much is certain, and I’d suggest the 1963 album “Page One” as a good starting place if you want to explore more. 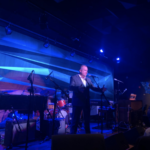 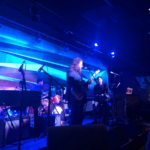 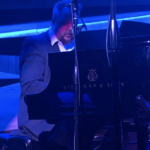 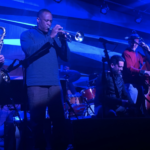 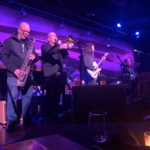 The night also included some quieter, more intimate moments, including a number “Walls” by guitarist and singer-songwriter Topher Booth. Booth, of the Omaha-based band Nation, introduced the number with an anecdote about his son, pulling the crowd into the story and the song with him.

Millard native and musical phenom Jocelyn also performed a song solo, her original “Not in Your Name,” and her disarming stage presence warmed the room.

Elaine Stoner sang a beautiful take on “Point of It All,” accompanied by Chad Stoner on soprano saxophone and Matt Amandus at the piano.

Chad Stoner returned to the stage later in the evening brandishing a tenor saxophone and performing “Hottentot” with the other members of the band Juke Butter including Towne at the organ and Drew Brookins on drums. Bailie joined them on the number, a John Scofield tune from his album “A Go Go.” Bailie and Towne took their turns at the Scofield and Medeski parts, adding their own unique flair along the way, turning up the crunchy organ funk.

Soul pianist and singer Big Wade performed a duet with J Shannon on the drums, working their way through Marvin Gaye’s “What’s Going On” and shining through some inspired Rhodes riffs and doing Marvin justice through his vocal work.

Vocalists Jus B and Enjoli shared the stage and took the audience in a direction that was both soulful and hip-hop-infused.

Tyi Hakeem performed the song “Long Walk” by the great Jill Scott, with an immediacy and heart that spoke to the original. 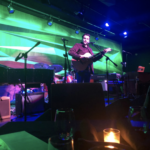 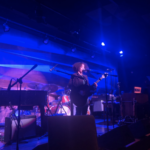 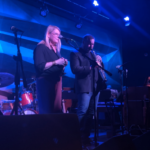 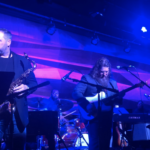 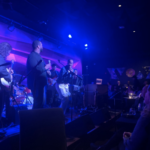 Alexis Robles asked the crowd if they were ready for a bluesy number, then delivered on Chris Stapleton’s “Tennessee Whiskey,” nodding at Etta James’ “I’d Rather Go Blind.” Robles sang with a packed stage including horns and percussion.

Camille Metoyer-Moten joined in with “At Last,” another Etta James nod, and brought the song to life for the receptive crowd.

Jason Bernstihl of the 9s took to the stage with Nikki Boulay on vocals, Michael Pujado on percussion and Brian Eckleberry on piano, singing an original first birthday tune written for the occasion and following it up with a great take on Prince’s “Thieves in the Temple.”

Cathy Tyree performed “Sweet Thang” by Chaka Khan, whose lyrics spoke to the excitement of the night, and the real connection so many were feeling to the music, the performers and the shared space of that special moment.

Sebastian Lane and Myles Jasnowski took their turns on electric guitar and vocals, performing John Mayer’s “I Don’t Trust Myself.”

Stan Spurgeon brought back the vintage soul and Motown feel that dotted the night, singing Otis Redding’s “Laughin’ and Clownin’” with the house band, several of whom have been longtime collaborators with Spurgeon.

Jackie Allen performed her unique arrangement of “My Funny Valentine,” accompanied by Hans Sturm and the house band. 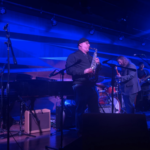 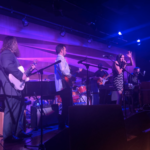 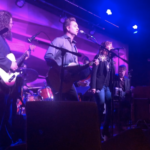 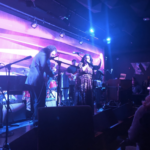 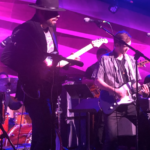 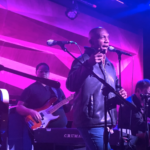 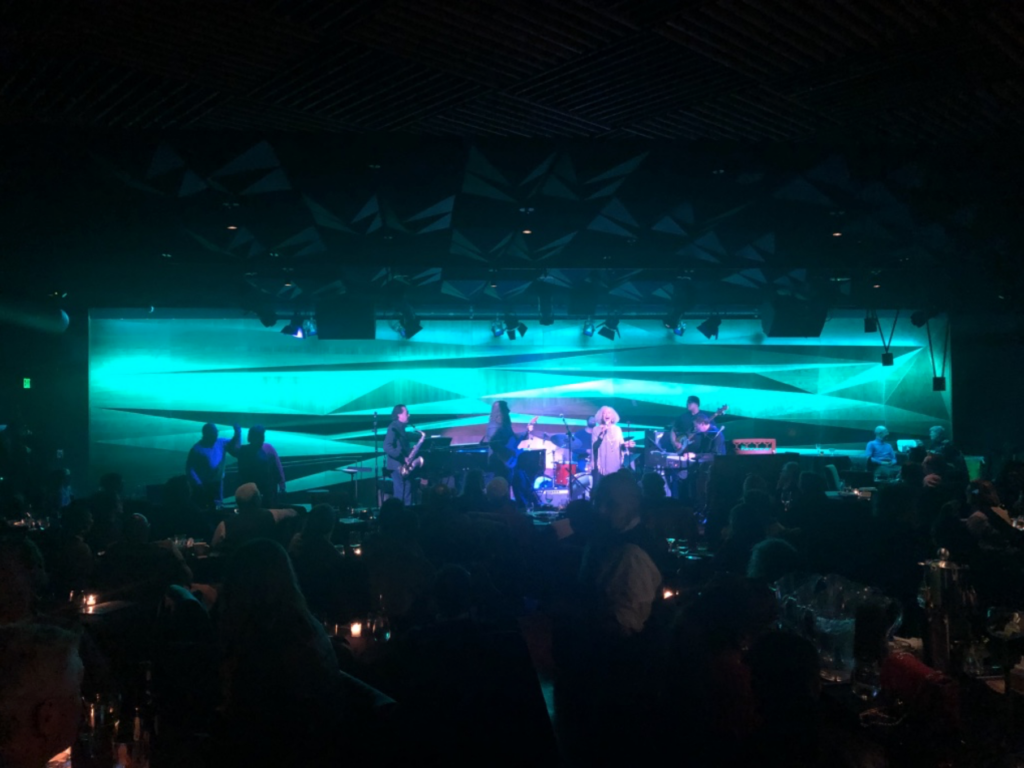 The house band closed out the night with “Late in the Evening” by Paul Simon, joined by several horn players and bringing the show to a raucous conclusion.

The sheer amount of talent who walked across that stage on Thursday was amazing. In addition, the effort to gather said talent, plan the sets, learn the tunes, run sound, serve food and drinks, and keep things moving with all that was happening was remarkable. The musicians, staff and management put in the work that night, and the audience was greatly rewarded for their efforts.

If the Jewell set out to create a real “fear of missing out” event, they delivered. Don’t sleep on this venue … the calendar is packed with talent and I’ll be excited to see what the 2020-21 season brings.

Special thanks to Mitch Towne for input on songs, artists and musicians. Any omissions, inaccuracies or errors rest at the feet of the writer alone, with apologies in advance.

(Photos and article by Dave Klemencic)